The Mists of Pandaria is back!

Over the past few years, we have been actively working on a new core for Mists of Pandaria.

During the first stage, the developers were working on merging the package part of the server to the latest version of the game client (5.4.8.18414). With this being said this process took a lot of time, since that part of the Pandaria client is quite difficult to parse due to the introduced bitstreams, which greatly complicated the parsing of the information structure. During this period we had changed more than 400 thousand lines in the Core.

After the Core was transferred to a new package part, a decision was made to implement a new expansion system which would support different expansions based on a single core. That is when one core ensures the performance of several different versions of game at once. Why did it have to be done? It's quite complicated for developers to make fixes in different cores of the server, they spend a lot of time checking, importing / exporting code between different versions of core, which leads to the termination of support for expansions with a smaller player base. By using the new system,we will ensure that all of the fixes will become relevant on a shared server core which will be able to support a wider spectrum of players.

The second stage was the production phase of the work for the Legion Core to the multi-expansion support system. In results the new package part 5.4.8 was successfully merged into the Legion Core and the first successful connection towards the world was made! During this work period, more than 1.5 million lines of code were changed in the core.

At the third stage, bugs were finalized and polished related to the changes that have been previously done in package side (a lot of inaccuracies and errors in packages due to the large volumes of fixes and the complexity of their verification), fitting additional Legion Core functionality to Pandaria's performance (there are quite a few differences starting with the spell scaling system to HP calculation system and NPC experience system). During this phase, another 1 million lines of code was changed in the core. In parallel with fixing the package side, we have reworked dungeons and raids, since we already knew that they would be common for all expansions, we started working on the changes based on the Legion Core.

At the current fourth stage, after the basic problems in the servers side had been fixed, massive work has begun on the reworking classes and game content in Mists of Pandaria locations. It is also planned to continue the support of raids and dungeons.

Over the entire period of development our new core, more than 4 million lines of code had been changed! 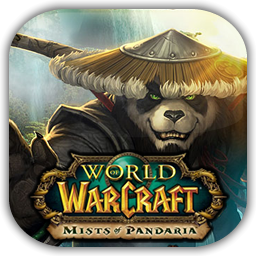