In this thread, we will touch on the changes related to the Mythic Plus Rating and discuss the rewards for the ninth season.

And so, let's start with the changes in the Mythic Plus Rating system, they touched the following points:

What were the adjustments for?

Adjustments were needed to ensure that keys that players completed in the timer were valued more than broken keys.

What will happen to the ladder after the updates are applied?

The ladder will not be reset, the number of points will be recalculated according to the new system.

It's all about calculating points, let's move on to the awards for the ninth season. Rewards will be calculated as follows:

Season Activity Bonus: For every 100 keys that meet the conditions for receiving a reward, a bonus of 15% of the token amount is credited.

Updates will come into force shortly (tentatively: 12/8/2021, but possibly earlier). We wish all players a good time on our project! 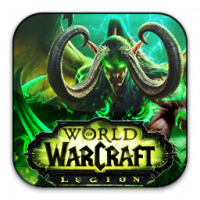